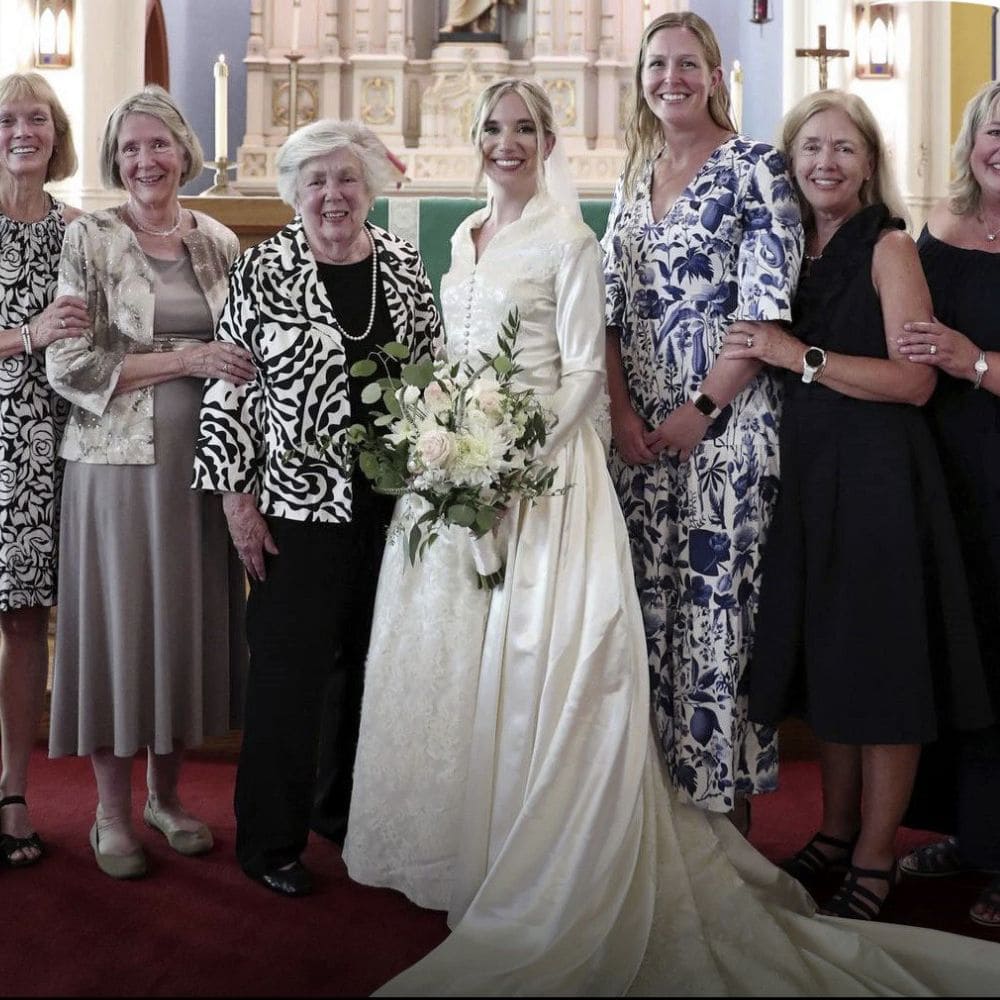 Every woman desires to wear a beautiful wedding dress on her big day, and the sentiment is only heightened when the dress in question is something special, for example, a family heirloom. One family in the US has been passing down the same wedding dress for 72 years, and the count today stands at eight brides who have worn this concoction! Not only has it tied the women together, every wedding this dress has been worn in has been long-lasting! Enchanting indeed. 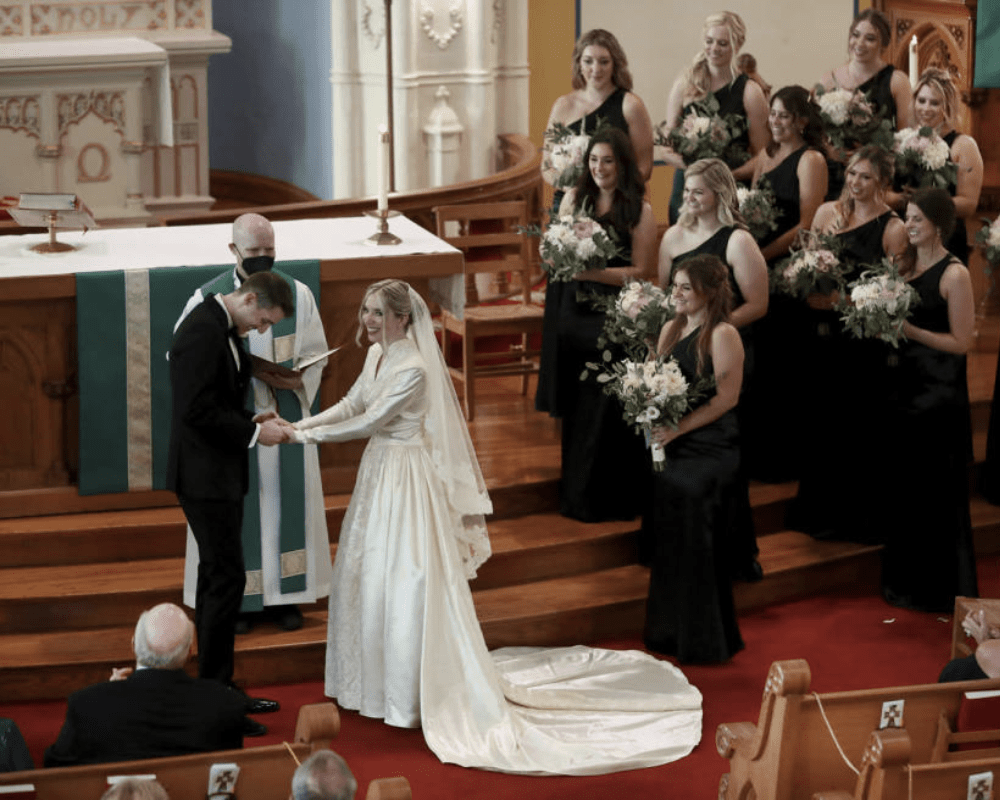 The dress was found by Adele Larson in Chicago in 1950, at a Marshall Field’s department store. Larson donned the beautiful satin gown for her wedding to Roy Stoneberg in September of 1950. The satin dress was adorned with a mandarin collar, small buttons, and lace panels in the front and back. The best part? Larson brought the dress only for $100.75, an almost unheard-of price in today’s wedding market. Considering that it’s been worn in seven more weddings, we can say that she’s definitely got her money’s worth and then some.

After Adele’s 1950 wedding, the dress was worn by her sister Elly when she decided to tie the knot in June 1953. It was a simple decision for her to accept the dress from her sister instead of buying a new one. Another one of Adele’s sisters, Sharon, wore it in May 1969. After that, the second generation kept the tradition going when Adele’s daughter Sue Stoneberg wore it for her wedding. The next time the dress saw the inside of a chapel was in 1990 for the wedding of Elly’s daughter Carol and then later for her second daughter Jean’s wedding. When Sharon’s daughter Julie wore it for her wedding, she decided to give it a little twist by adding a ribbon hem and an open hemline. The last person to don the dress was Adele’s granddaughter in 2022, bringing the total count to three generations of women wearing the same dress.

On a blissful November weekend in Los Angeles, Mandy Moore married the man of her dreams, Taylor ...

H&M Debuts Their Own Line Of Wedding Attire

Shopping for the perfect wedding dress can be one of the most stressful aspects of wedding ...

Everything To Consider When Booking A Live Band For A Wedding

There are so many options when it comes to booking music for your wedding. Many couples opt for a ...