V. Chinnadurai and S. Swetha are a couple from Chennai who recently got married in an unusual underwater wedding. In an interview, the groom said that it was a traditional marriage ceremony, with the exception that it was carried out underwater. The couple took the plunge early in the morning and dove some sixty feet underwater to take part in their unique wedding.

The Couple Got Married In the First Traditional Hindu Underwater Wedding 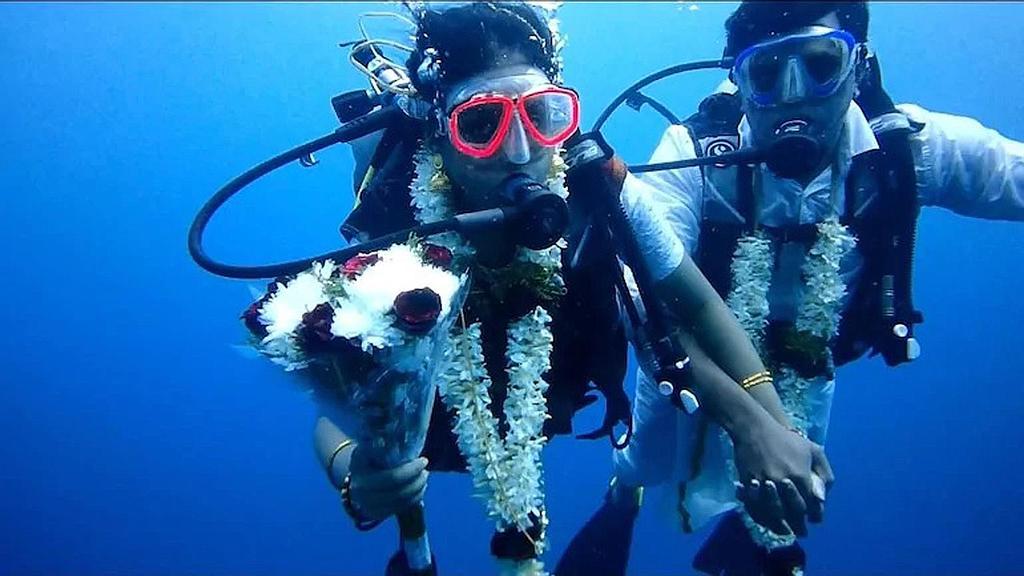 The marriage of the young couple was dubbed the first traditional Hindu underwater wedding by local media. Reportedly, the bride and groom got up early to dive off the Neelankarai coast, all the while dressed in their traditional wedding attire. The bride wore a traditional red sari while the groom used a dhoti. This was done despite the fact that the enthusiastic groom and bride had practiced diving only in wet suits. According to the groom, Chinnadurai, who is also a licensed scuba diver, they had to make sure to exchange garlands and tie the thaali before 7.30 AM, as per the instructions of their priest. 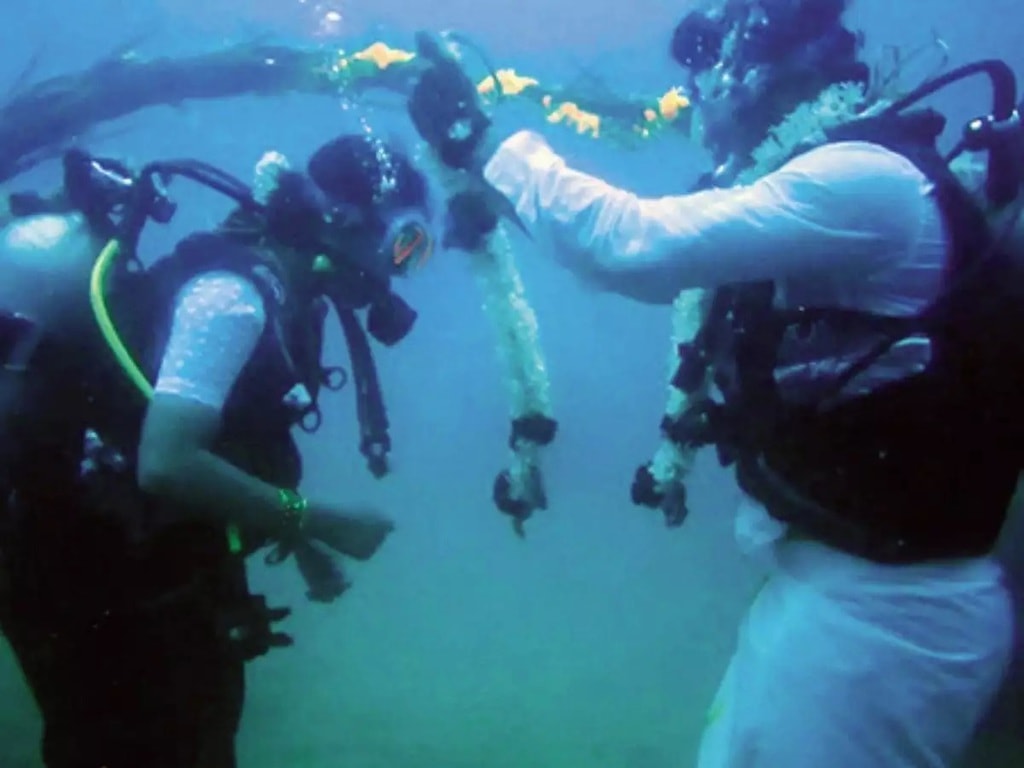 While groom Chinnadurai may have been scuba diving for twelve years, bride Swetha had to take lessons. She only had one month to prepare before the wedding and said the underwater wedding was the suggestion of the groom’s family. She shared that they managed to convince her, and she quickly became confident in her skills after some swimming pool training sessions and a few scuba diving runs. Swetha added that she had a wonderful first-time experience when she went to the bottom of the sea and saw live fish swimming by her.

While describing the ceremony, the groom explained that it took them around 45 minutes to complete the entire underwater ritual. He added that their underwater wedding ceremony was also meant to serve as means to spread awareness about water pollution.

Should You Try Out Airbrush Makeup For Your Wedding Day?

If you follow celebrity makeup artists, you know that they often turn to airbrush makeup for their ...

Last year's trends for the aisle were all inspired by the classicism and drama of royal weddings. ...

The Best Tips On How To Choose Your Veil

The veil has a great symbolic reference and, whichever way you wear it during the ceremony, it is ...