It is where true fairytales are brought to life, and many people choose to propose to their significant other in the happiest place on earth – Disneyland. However, when Jesse Tober pulled out an engagement ring to propose to her boyfriend, she never thought he would do the same. 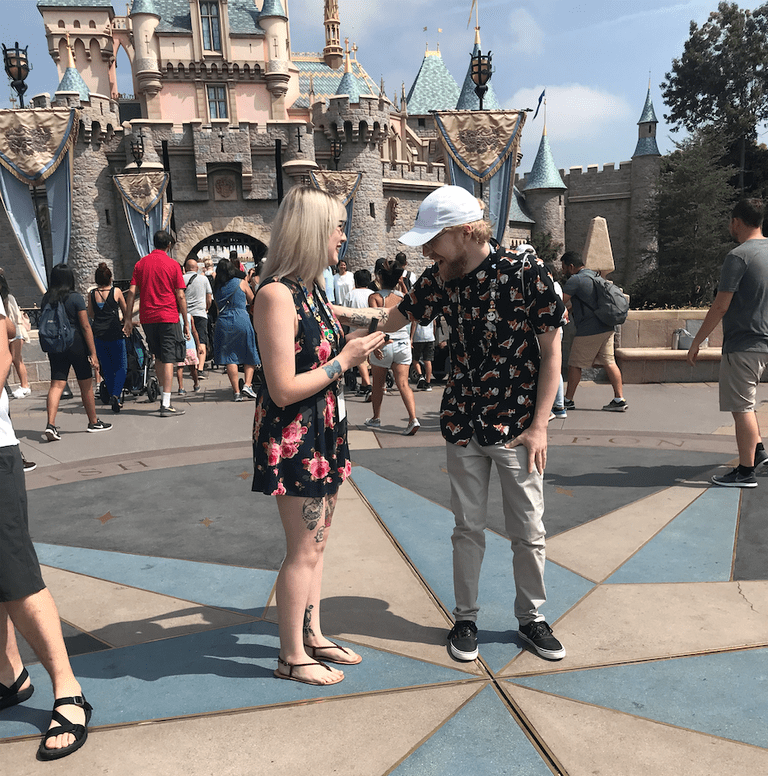 In fact, the couple had individually planned to propose to one another at their favorite place in the world, on the same day. Kasey Donovan laughed and said “Are you kidding me?!” when he saw his girlfriend pull out a ring. Of course, she was not expecting this reaction, but then realized he was reaching for a ring of his own in his backpack. It was at that moment that the two cried together and finally both said “yes.” 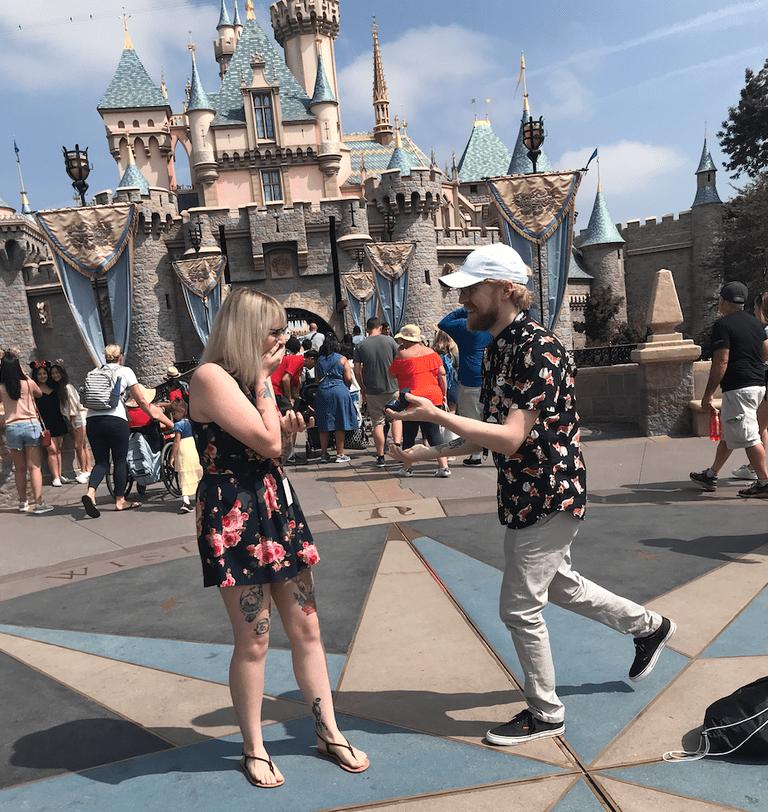 “We had no idea either of us were going to do it,” Tober, a 20-year-old Walgreens manager said. “It was the happiest moment, at the happiest place on Earth.” Meanwhile, Rober has been planning the proposal for three months, and found the perfect ring “forever ago.”

Meanwhile, her 24-year-old boyfriend had planned his proposal a month before and chose a ring from the Enchanted Disney Jewelry Collection inspired by Ariel, a week before. “We’re just so in sync as a couple, I’m not surprised this happened,” Tober says. “I don’t know how to explain it, it almost seems normal that we both did this.” 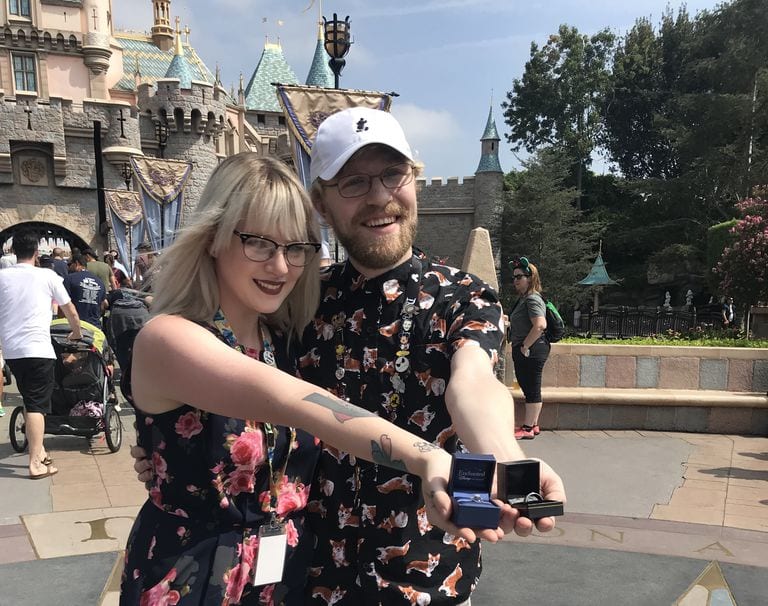 Their engagement comes just over two years from when they met in March 2016, after Donovan randomly followed Tober on Twitter. It was the Blink 182 lyrics from “Story of a Lonely Guy” – “She makes me feel likes it’s raining outside” in her bio, that caught his eye. Donovan flew to Tober’s hometown in upstate New York in August 2016 for their first meeting, and they visited Niagra Falls.

They obviously learned they both had a love for all things Disney, and their dream is to tie the knot at Disneyland. “If we have enough money, we’d love to have our wedding there,” Tober says. “That would be so special.”

It seems like only yesterday that we were gearing up for the Royal Wedding of Prince Harry and ...

All the Ways the 2010s Reshaped Weddings and Wedding Planning

With technology advancing, cultures crossing, and social myths being debunked, the wedding ...

Prince Harry chose to step away from Royal tradition when he asked Meghan Markle to marry him and ...