Making a wedding invitation list quickly becomes almost every engaged couple’s least favorite part of wedding planning. Who to include and who to leave out? Who do we want, and who do we want to not offend? At the end of the day, everything usually works out – and unexpected guests don’t usually create any problems. But, oh deer! The unexpected guest was actually a dream come true. 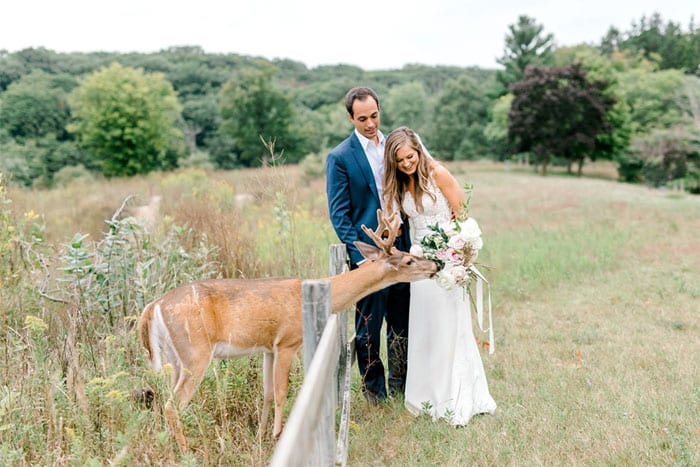 In the middle of their wedding day photoshoot, this couple were approached by a new friend who wanted to get in on the action. He didn’t speak any English, so they couldn’t tell their surprising third wheel that he wasn’t on the guest list…but they really didn’t want to, because he was a beautiful deer! He came to smell the roses – something all of us should do more of.

Some couples would dig up a lot of money to get a docile, cooperative deer to pose with them in their photos. But this one offered his services free of charge, and seemed more than happy to hang around and bring the cuteness. And while it’s no doubt that handling a wild deer should come with some precautions, truth be told – they were in his world and had to play by his rules. He must have had no idea what they were so happy about, but just looking at these photos, the rest of us can easily see. 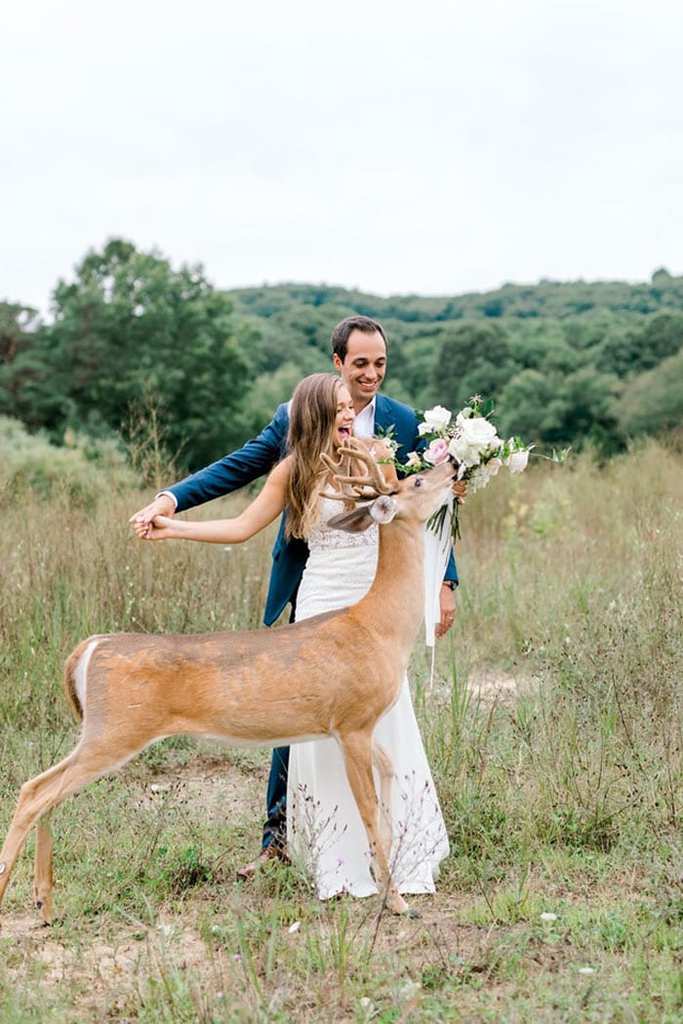 No doubt if these photos get around, the trend of wedding deer modeling may kick off with a bang!

Have Kylie Jenner And Travis Scott Gotten Married In Secret?

If you’re not familiar with Kylie Jenner, then you need to plonk yourself on the couch for a week ...

How To Go Blue On Your Wedding Day

Following with old-age tradition, you are expecting to have something old, something borrowed, ...

Could A Short Wedding Dress Be The New Trend

Your wedding day is the most important day of your life, right? This means that you need to make ...