For years, teens and young adults of the Millenial generation thought that in order for their relationships to be real, it had to be “Facebook official.” Now that some of this generation is moving towards using Instagram more than Facebook, it seems that changing your Instagram handle is the new version of the Facebook relationship status.

At least, that’s what we learned when we saw that Hailey Baldwin changed her name on Instagram to Hailey Rhode Bieber and her handle to @haileybieber. After months of rumors of a Bieber-Baldwin secret wedding, it seems she’s finally confirmed that the couple has, indeed, tied the knot. 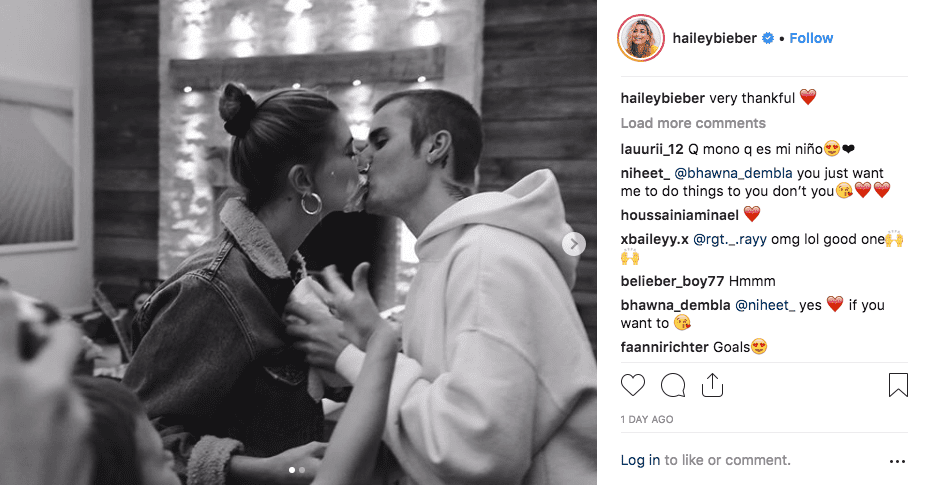 Earlier that same day, Bieber also posted a photo on Instagram that seemed to confirm the marriage rumors. The photo was captioned, “My wife is awesome.” If that doesn’t put the rumors to rest, we don’t know what will! 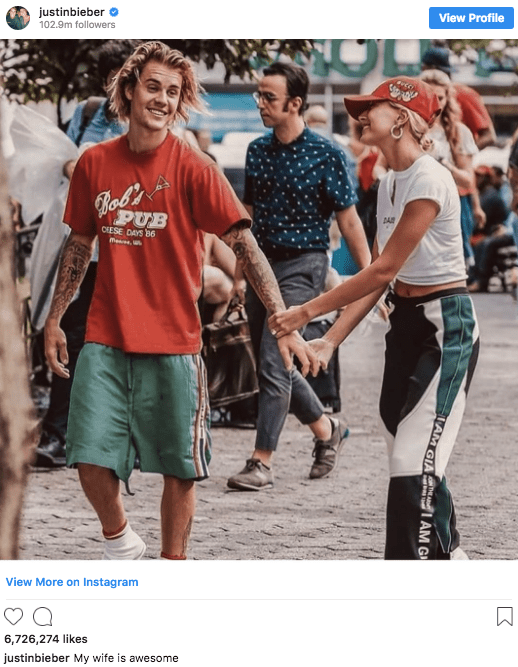 People magazine reported that Bieber and Baldwin had a secret wedding back in September after obtaining a marriage license. This came after they announced their engagement to shocked fans and disappointed Jelena supporters over Twitter and Instagram over the summer in July after having dated on and off since 2016. Bieber shared on Instagram, “You are the love of my life Hailey Baldwin and I wouldn’t want to spend it with anybody else. You make me so much better and we compliment eachother [sic] so well. It’s funny because now with you everything seems to make sense!”

In case there was any doubt left at all, Justin posted a photo on Instagram to wish everyone a happy Thanksgiving, with a caption that truly said it all, “Happy late thanksgiving to everyone. First thanksgiving as a married man, first time hosting thanksgiving. First time both sides of the family has come together. Relationships are hard and love itsn’t always easy but thank you Jesus for showing me how!” 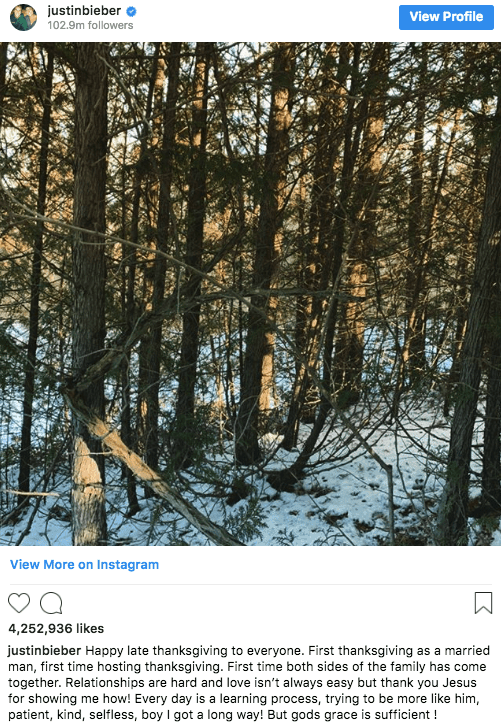 A few years of marriage can really test the limits of a couple. You experience everything together ...

Say 'Pie Do' Do you consider yourself to be someone who is 'outside the box?' Are you a major fan ...

The Best Wedding Presents For Couples Who Love To Travel

Some of us have a travel bug we just can’t satisfy. Perhaps you know a pair that love to jet around ...