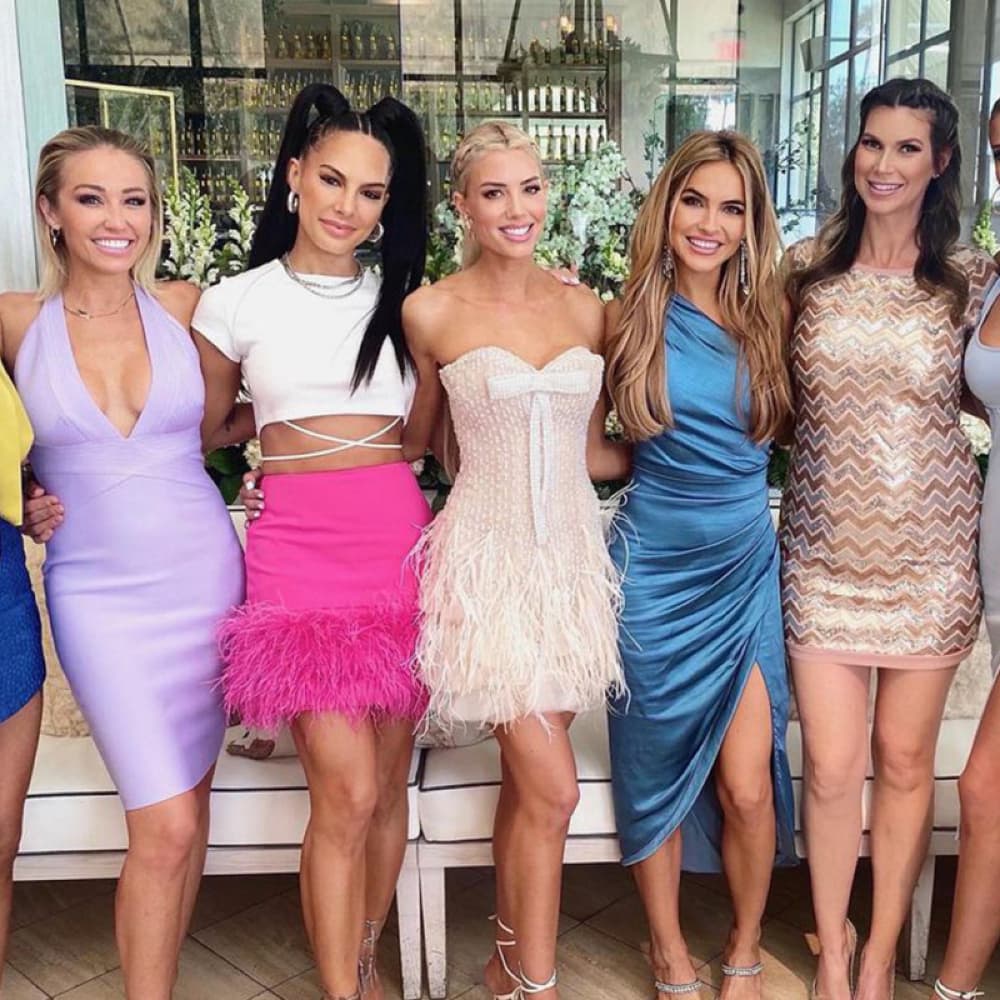 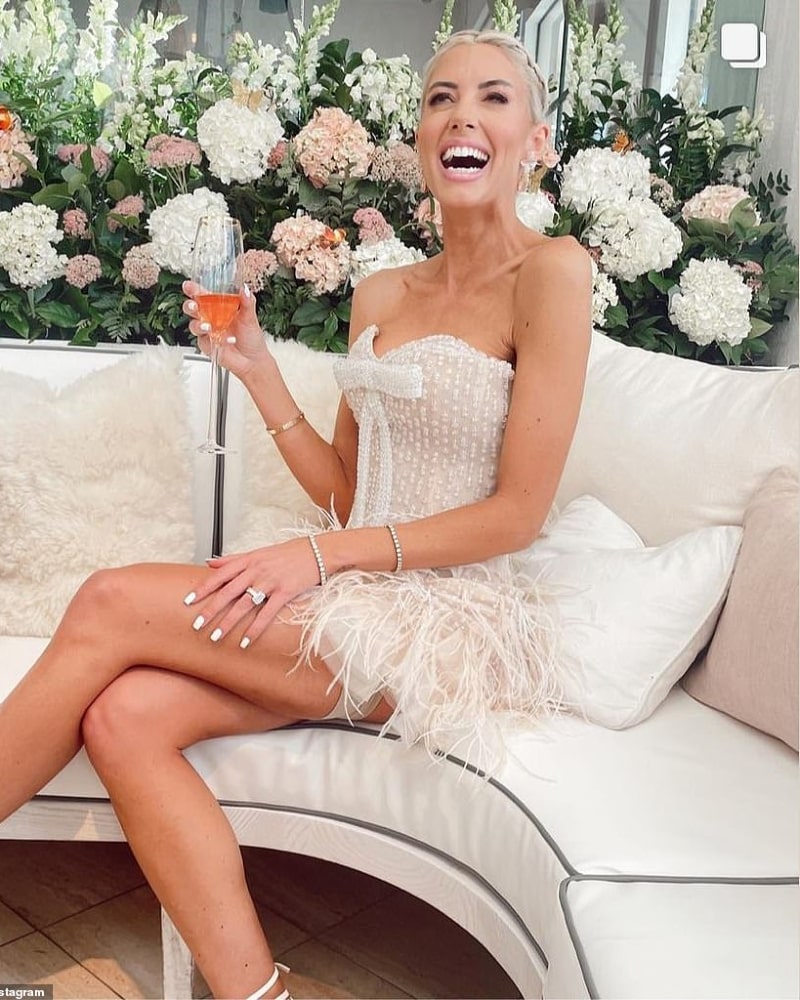 The bridal shower seemed like a small but luxurious affair with her close friends and family being a part of the party. The shower was attended by both the bride and the groom’s mothers. You can even spot some of her Selling Sunset costars – including Mary Fitzgerald, Chrishell Stause, Amanza Smith, Maya Vander, Davina Potratz, Brett Oppenheim’s girlfriend, Tina Louise, and the newest member of Selling Sunset cast, Emma Hernan. While El Moussa’s kids from her first wedding were present at their engagement party – they were not present at the bridal shower – as it was a sophisticated affair with only the ladies. But El Moussa gave a guest appearance – when he video called his bride to be to congratulate her.
The bridal shower took place this Saturday at Fig & Olive in Newport Beach. 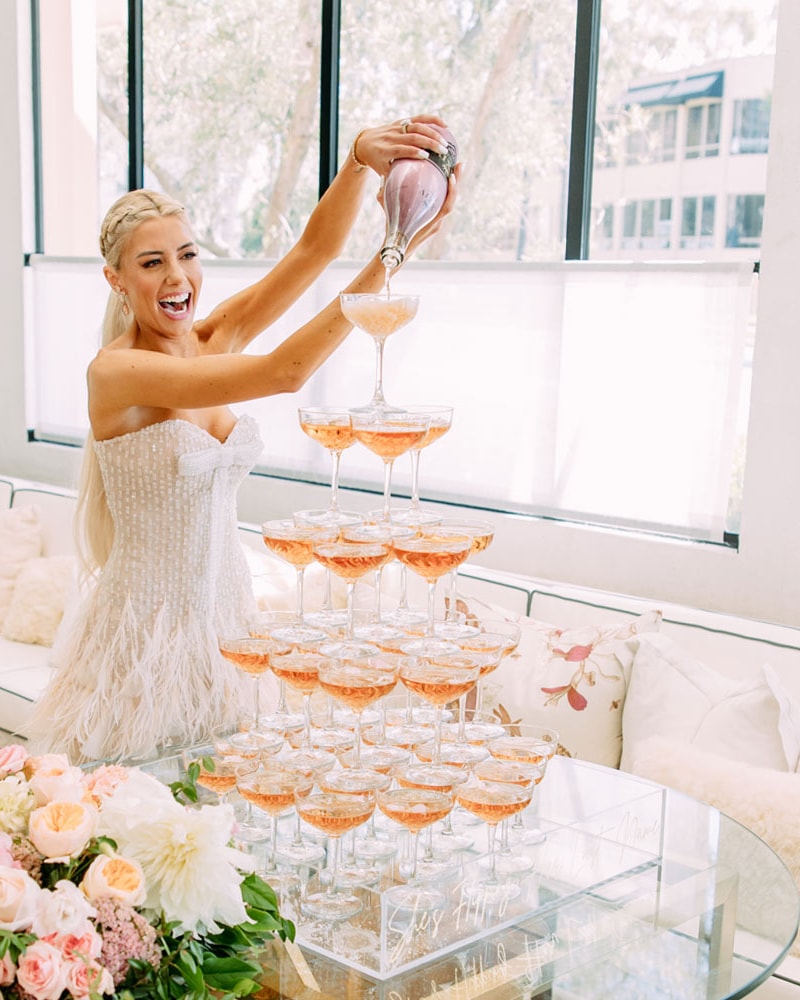 Young rocked a white-feathered cocktail dress. Her corset was embellished with beads and featured a bow. She kept her look clean with minimal jewelry – going bare neck with only a pair of studs to go with the dress. 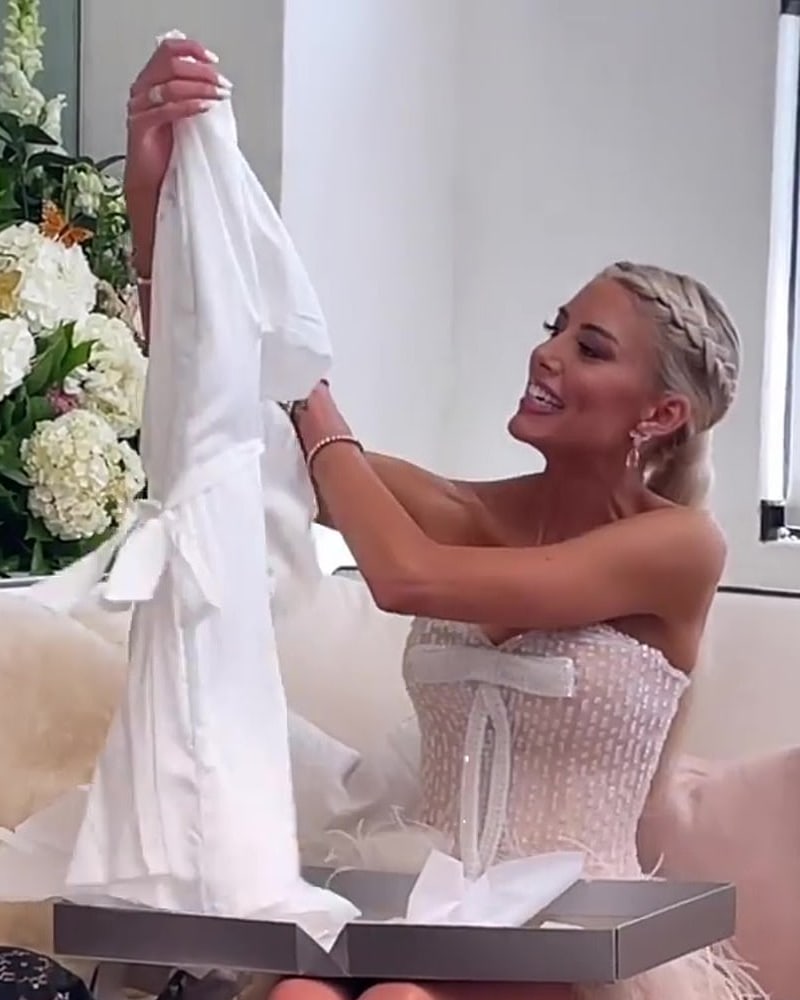 True to her persona – the decor of the party was kept feminine and chic. A step in, and you are transported to a pink and white heaved with floral throughout. The decor was as girly as it could get – with pink candles, butterfly-shaped place cards, stemware with gold edges, pale pink plates, and lots of bouquets.

When it came to food, Vegan dishes rocked the place – with three vegan courses and true to the theme – pink champagne.

She started her gift opening ceremony after playing a few bridal games – and she was showered with gifts that she could take to her beach honeymoon – from sunglasses and bikinis to lingerie. It was surprising to see what her mother gifted her – it was a sexy apron that had words sexy diva written on it and came along with a spatula and handcuffs. El Moussa gave her a diamond bracelet which was presented to her by her mother.

The Price of a Diamond: How Much Does the Stone Cost

Marilyn Monroe cooed eons ago that diamonds are a girl's best friend. The trend of coveting ...

The worldwide pandemic has caused many businesses to temporarily close their stores. As a result, ...

It’s Finally Here: The Only Purse You’ll Ever Wear To A Wedding Again

The modern woman's search for a good purse to carry her things has gone on for what feels like an ...