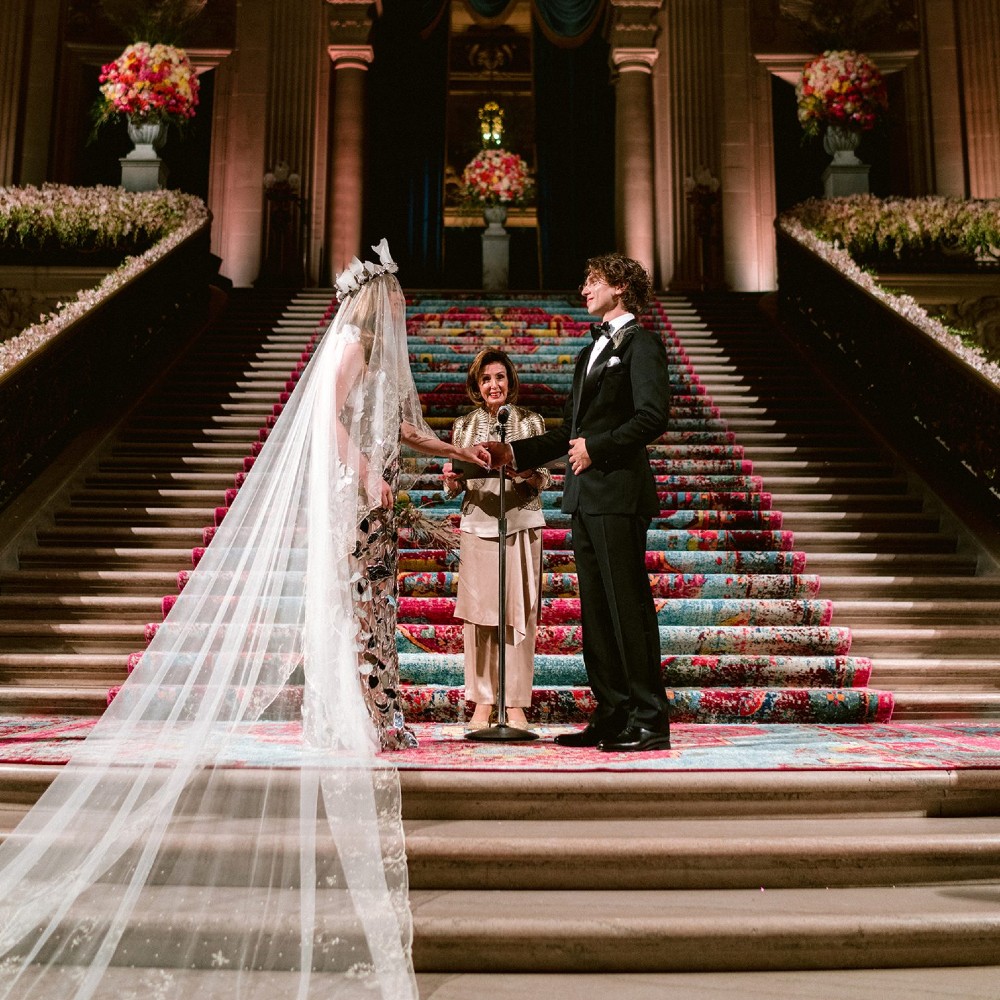 Getty heiress Ivy Getty had her dream-come-true moment, when she walked the aisle in a bespoke designer bridal gown by John Galliano, on her wedding day. Getty always wanted to wear a special Galliano creation, after seeing her late grandmother Ann Getty wearing the label several times, in their San Francisco family mansion. All her bridesmaids, including the maid of honor actress Anya Taylor-Joy, also donned Galliano on the auspicious occasion.

The 26-years-old socialite and heiress to the oil-tycoon Getty family Ivy Getty married photographer Tobias Alexander Engel at the San-Francisco City Hall. The Ceremony was officiated by House Speaker Nancy Pelosi. She worked together with designer Galliano to craft an “incredibly personal” Maison Margiela Haute Couture gown featuring broken glass shards. Her maid of honor actress Anya Taylor-Joy and other bridesmaids were also dressed in pale dusty grey gowns from the label. Though Galliano generally don’t do bridesmaids’ dresses due to his time crunch, he made the exception of this case getting “bewitched” by Ivy and her stories of growing up with this group of beautiful women. 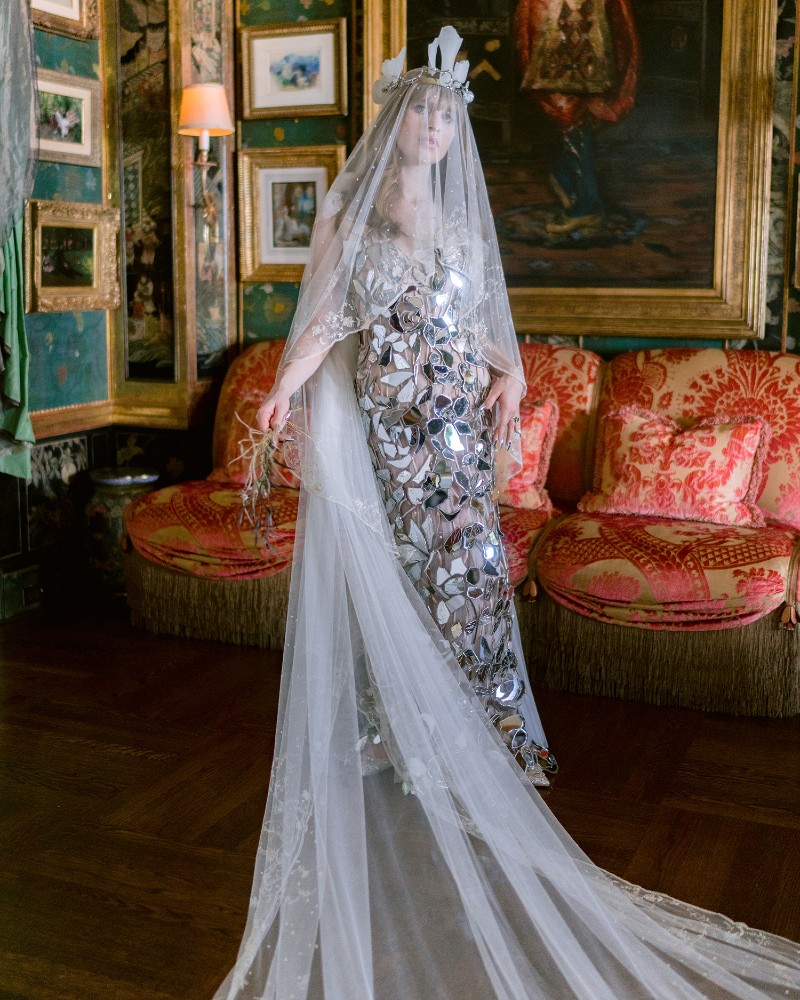 Maison Margiela creative director Galliano created an exclusive four-layered gown. Pieces of reflecting broken glass were featured all across the bodice. There was a full body corset in the bottom layer matching with Ivy’s skin tone. The next layer was a bias-cut tulle dress. A white tulle dress was fitted on the third layer for creating a kind of ‘filtrage.’ The mirror-fragments featuring dress was on the final layer, which was not fitted but hanged from the shoulders like a tunic. The designer also created a custom-made embroidered veil for Ivy featuring walnuts and guitars. This was to pay homage to the two closest people Ivy Getty had lost last year, her grandmother Ann Getty, who grew up in a ‘walnut farm,’ and her father, guitarist John Gilbert Getty.

These Unique Proposals Are Bound To Leave You In Tears

You have been together for a substantial amount of time and reached that point in your relationship ...

Keanu Reeves and Winona Ryder are set to star in their fourth production together when Destination ...

How To Keep Calm On The Morning Of Your Wedding

The big day is finally here, and it’s time to walk down the aisle to express your love before ...