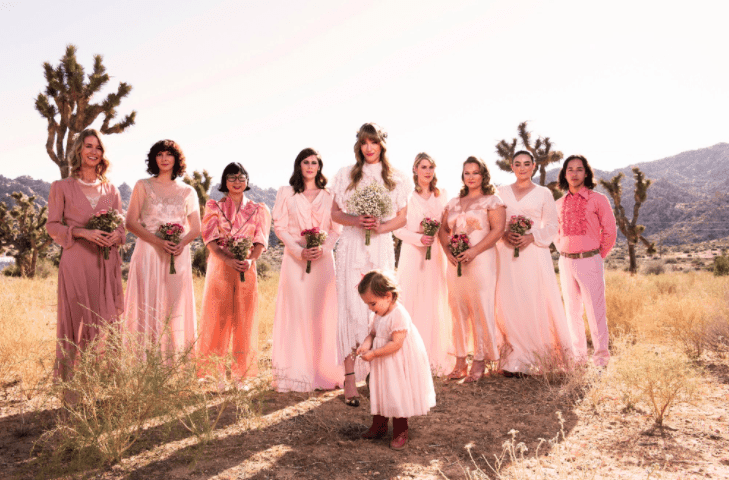 Joshua Tree is a massive nature preserve about a two-hour drive outside Los Angeles. It’s an iconic place, lending its name to the classic U2 album The Joshua Tree and countless commercials and movies. With its trademark twisted cacti, it’s no surprise that Joshua Tree is one of the most Instagrammed places on Earth. And it made the perfect setting for Vogue and Rodarte stylist Ashley Furnival’s wedding. The best part? She and her husband, metal fabricating entrepreneur Christopher Hench, actually met each other through Instagram! 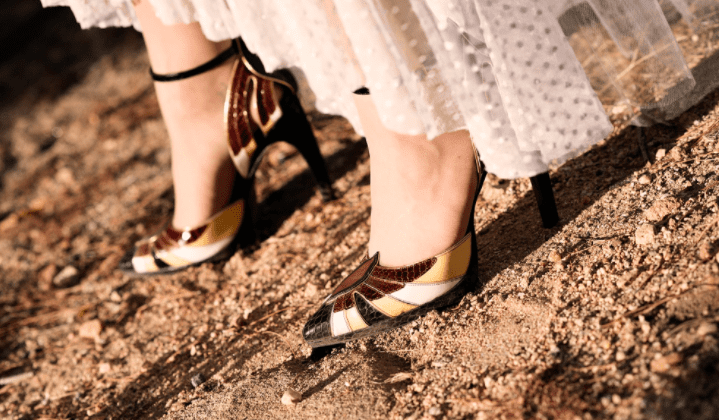 After initially being introduced on the social networking site, the two soon met in person when Christopher flew out from New York to Los Angeles for work. The pair fell in love, and Ashley said in an interview with Vogue that Joshua Tree “quickly became our place. We fell in love there. It was where he first told me he loved me in a dirty motel that we had to stay in for a friend’s birthday, as all of the hotels were booked. Everything about it was us—it was where we would go on weekends to escape L.A. and to be together and have adventures.” So it made sense to have the wedding in the scenic desert preserve. 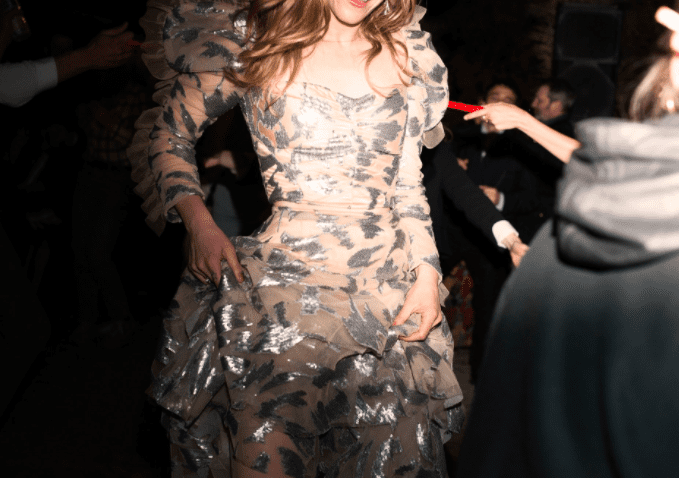 But there was another important reason to have the wedding in Joshua Tree, Ashley explained. “My dad died almost exactly one year to the date of meeting Christopher, and part of his ashes were spread in Joshua Tree, because he loved it there, too. After Christopher proposed to me, it was a no-brainer . . . if we were going to have a wedding, we would have to have it in Joshua Tree. It was our place, and it was where my dad was. I wanted my dad to be part of the wedding in some way since he would not be able to walk me down the aisle, and I felt like if we had it there, even though he physically wouldn’t be there, he would be there with me.”

Many of us set certain rules for our guests on our wedding day and kid-free weddings have always ...

Avoid This Mistake Before You Get a Facial

When your aesthetician asks you about your skincare routine, it doesn't mean they're judging the ...

Dreams do come true. You may have to wait a few decades for it, but eventually, they become a ...