It’s not uncommon for fellow costars to find love on set, as seen in the numerous romances that go on behind the scenes in Hollywood. The blockbuster TV series Game of Thrones is no different, as stars Kit Harington, who plays Jon Snow, and his former on-screen flame, Rose Leslie, fell in love both on screen and off.

The announcement of their engagement was met with all the fanfare one would expect from those who love one of the most popular shows on television right now, as fans eagerly waited to see just how fantastical their wedding would be. 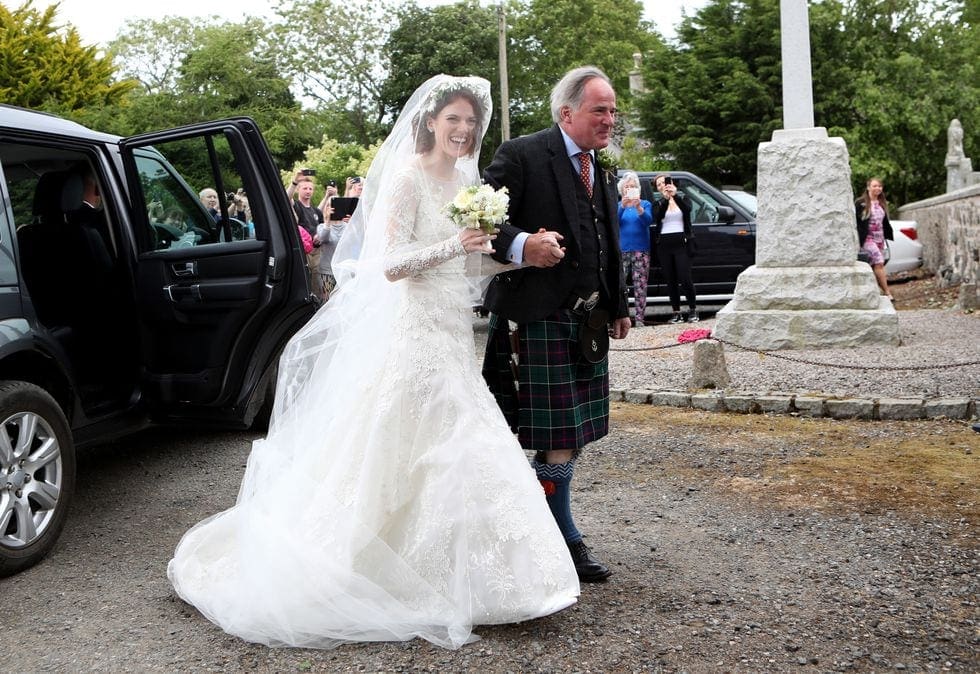 The photos are finally here, and we couldn’t be more in love. Far from going all in on a medieval romance, the couple opted for a more classic wedding, though they were accompanied by plenty of the show’s stars as they made their way down the aisle.

Rose certainly lived up to her namesake in a modest lace gown that was delicately accompanied by a thin belt. Kit also went classic for the big day, wearing a vintage style three piece suit, complete with a tailcoat. 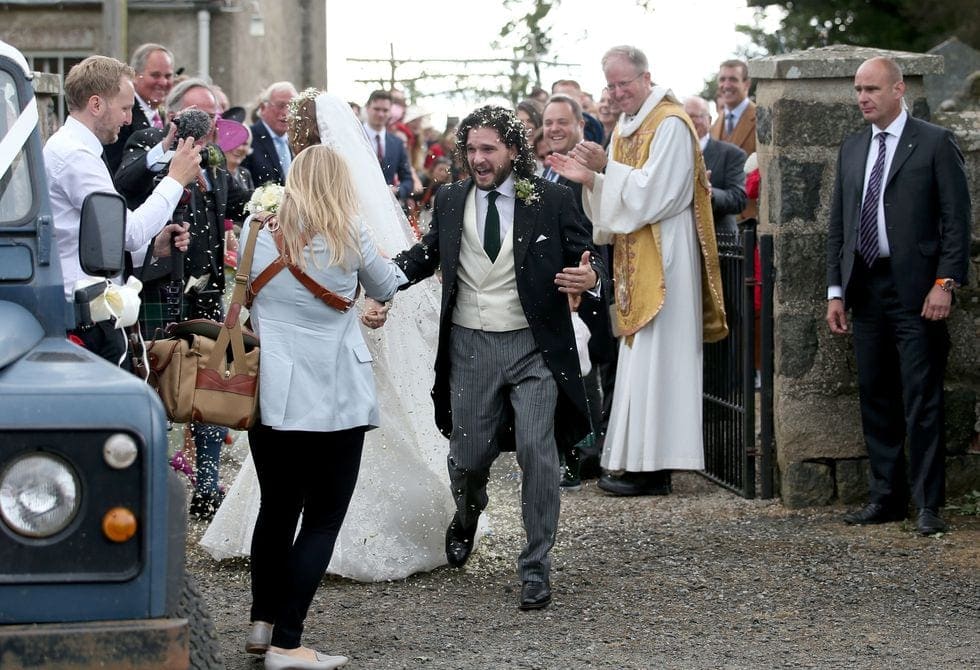 They kept on with the classic theme, having their ceremony performed in Rayne Church, which sits in Kirkton of Rayne. The church is set in an actual village, located in Aberdeenshire in Scotland, which certainly added to the charm of the day. Following the ceremony, they invited their guests to a reception at the castle owned by the bride’s family. 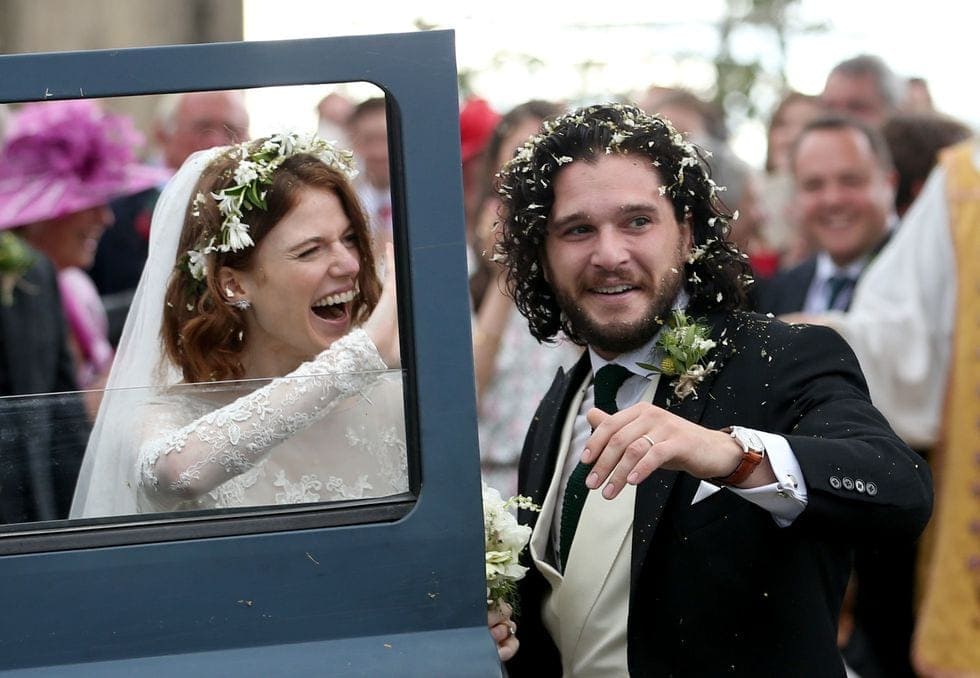 While the bride and groom kept things old school, not all of their costars felt boxed in by Rose and Kit’s choices. Both Maisie Williams and Sophie Turner went for a modern chic look, with Maisie dressed in a black jumpsuit and striking red heels. Sophie matched her onscreen sister with a brilliant red overcoat topping a black mini dress, accompanied by thigh high boots.

An increasing number of brides have been forgoing the traditional white dress at their weddings, ...

This Couple Organized Their Dream Wedding For Under $1300

Weddings can conjure up images of many things - including hefty price tags. That was until one ...

Why Are More Brides Renting Their Wedding Dress?

Getting married means plenty of planning - including finding the perfect dress. There have been ...