The daughter of Cesare Casadei, the creative director of the luxury footwear brand which bears his last name, recently married her childhood sweetheart Nicolò Zaghini in San Mauro, Italy, and it is only fitting that they married in the heart of the shoe-manufacturing district. Arianna Casadei and Nicolò first met when they were teenagers and fell in love when they ended up both working as Casadei.

Now, Arianna is the global marketing and communications director, and Nicolò, the deputy production director of the footwear brand. Having recently wed in June, this year became extra special for the family. 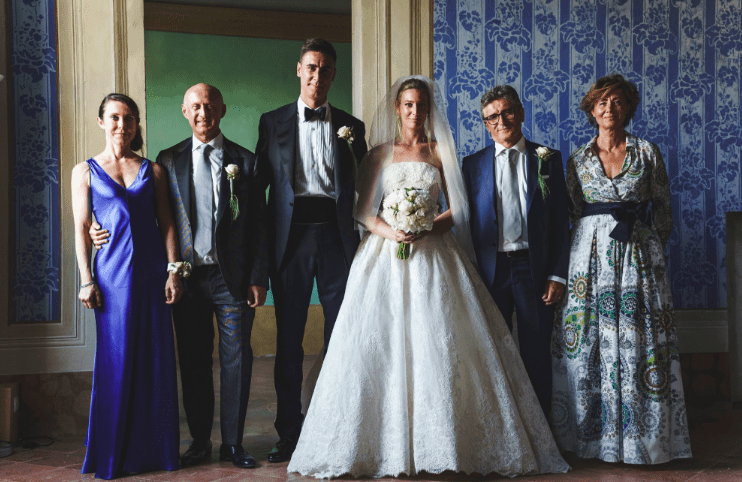 “It’s the brand’s 60th anniversary in September,” Arianna explains, having her wedding at a similar time to the major milestone. However, in June, it was all about the love Arianna and Nicolò had for one another, and, of course, the shoes she would wear were very important.

“I knew I wanted something really special, not just when it came to the design but because of the meaning they would carry. Every time I had to go to a different department in the factory at Casadei [where I work], there was always someone covering up the prototype, the sketches, or part of the embroideries,” recalls Arianna. 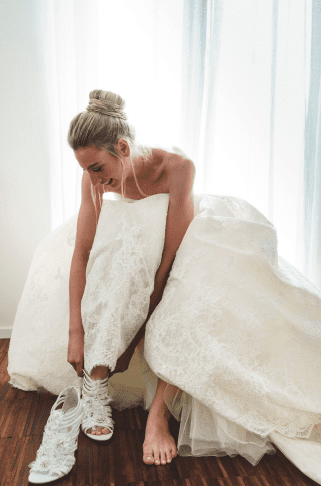 Meanwhile, Cesare was creating a surprise pair of shoes for his daughter that he would not show her until her big day. He worked with Oriana, Casadei’s expert embroiderer since the 1960’s, to help with the surprise. For two weeks she personally stitched the crystal-drop thread and created crystalized flowers on lace that decorated the sandals. Alongside the detail was a dedication from the bride’s father – Alla mia cucciola (To my darling girl). 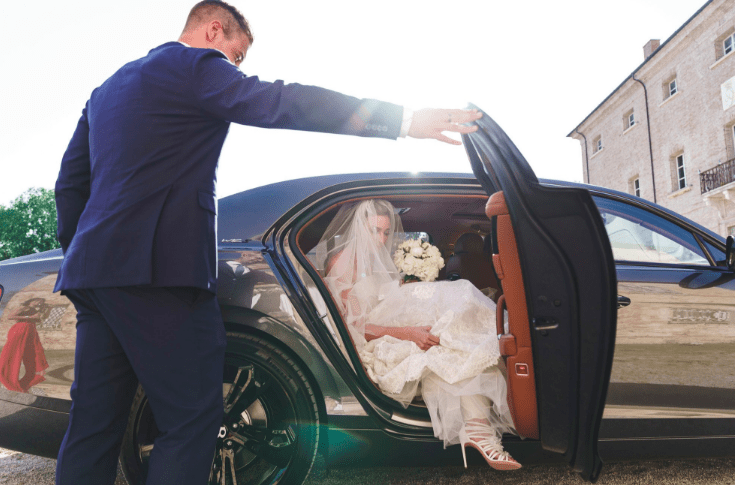 “The day of the wedding, I wasn’t just wearing a pair of shoes,” says Arianna. “[I was wearing] the expression of love and passion that links us all to the business and to each other, as well. It was special, to say the least!”

The Ultimate Guide To Eloping For Your Wedding Day

So, you’ve done it. You’ve managed to find the love of your life, they love you back, and you’ve ...

This Bride Asked Her Guests To Pay $1,500 To Attend Her Wedding

The One ‘Foundation’ of Timeless Beauty