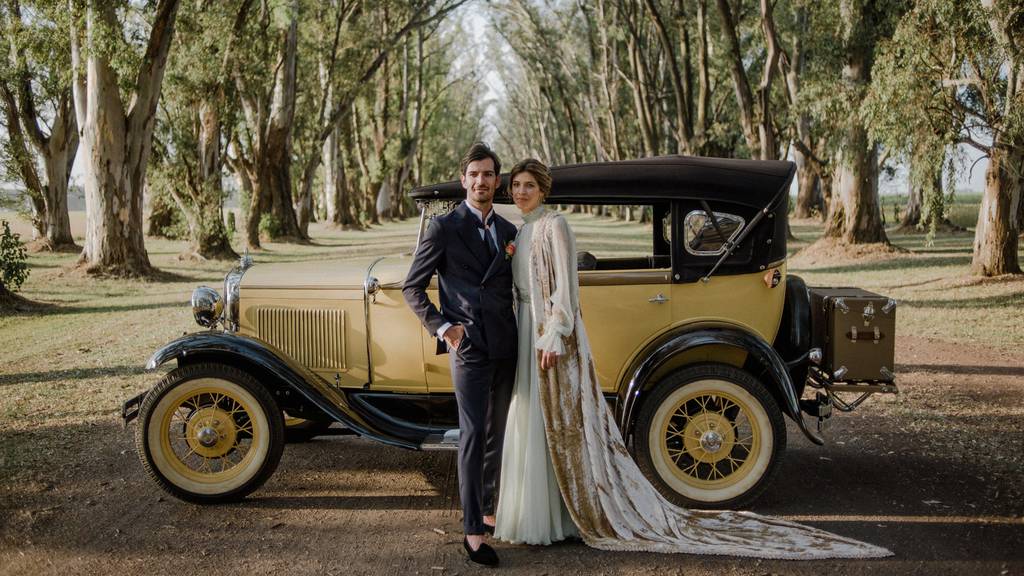 Clément Le Coz was scouting interior designers’ properties for an event that he was planning when he met Justina Socas in May of 2016. She remembers clearly that it was a Saturday morning, and Clément was standing in front of his mother’s house. The story reveals that she opened the front door and it was love at first sight. They had a dare two weeks later at the Teatro Colón where they saw the Dido and Aeneas opera. After this, they dined at Dada Bistro.

Moving three years forward after the first date, Clement got down on one knee in the middle of the Swiss Alps and proposed to Justina. She recalls that he didn’t want to hug her before proposing as he was hiding the engagement ring, in a big red box, in his skiing jacket. After Justina’s magical ‘yes’ they toasted over vin chaud at Gstaad tavern and celebrated their special moment.

The couple then decided early on that they wanted to get married in La Lucila, Buenos Aires. There, the family of the family has an estancia or cattle ranch. They both wanted to celebrate their wedding day in the beautiful park designed a hundred years ago by botanist Charles Thays and shared their childhood memories with friends. 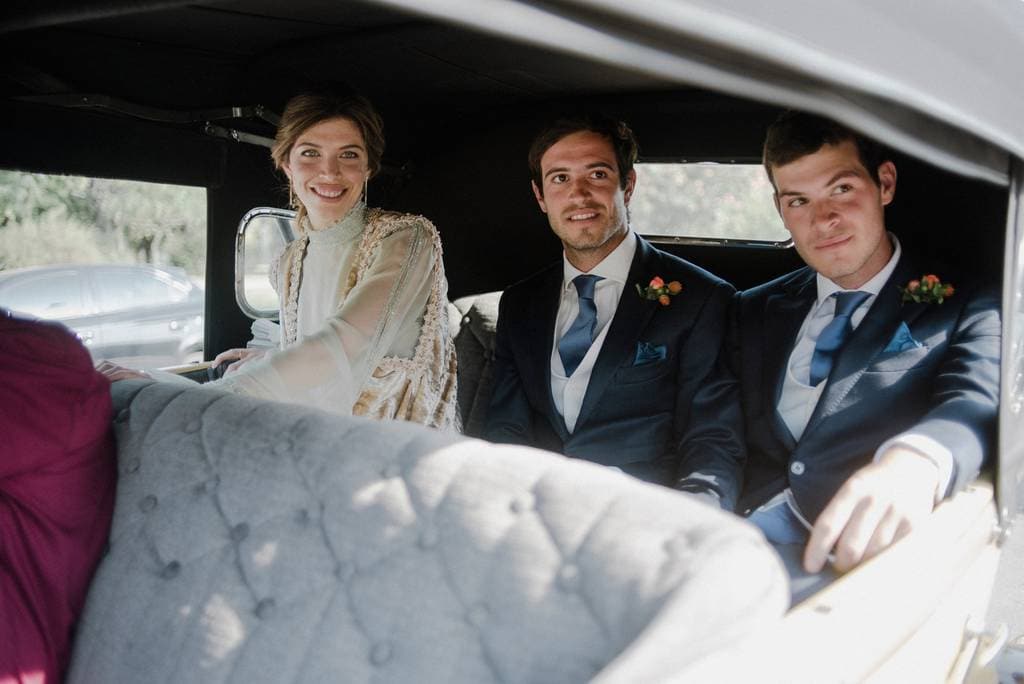 On March the 7th, Justina and Clement got married at Nuestra Señora de Fatima chapel in a small village of Juan Anchorena. Guests came from France and Argentina. Justina explains that the women at the party wore hats, especially the French, and men were elegant in their fancy dark blue suits.

When entering the estancia, they decided that the best way to do so is with a carriage, which is actually a family tradition. They created a rural avenue with haystacks, and three gauchos were wearing typical fajas belts and colorful ponchos and were escorting them.

Heat, Sun, and The “Love Carriage”

She remembers that it was a hot day and the priest arrived late. She wanted to get out of the car but they had to stick with the scheduled ceremony. The priest, which is in fact an uncle of the bride, incorporated both French and Argentinian traditions. Clement carefully selected all the hymns. They wanted the ceremony to start with ‘Bolero’ by Ravel. The bride made her entrance to ‘The Mission’ which is a beautiful composition by Ennio Morricone. 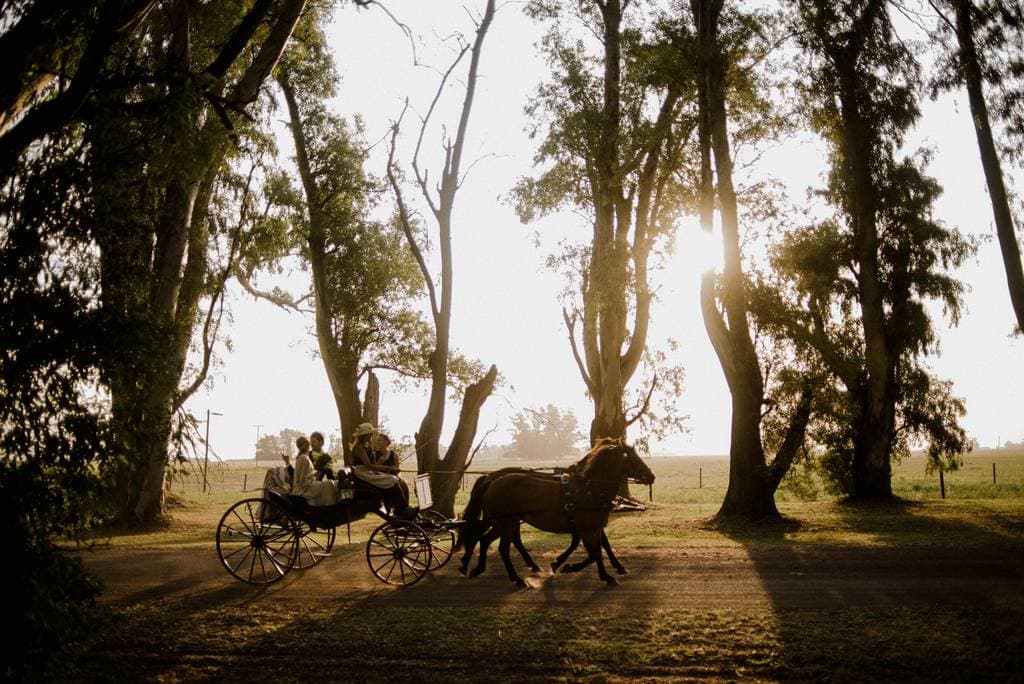 Everyone enjoyed the party until late in the afternoon, as nature gave them the most brilliant and precious present: sun and heat from end to end.

Wedding Ideas That Will Make You Blush

When choosing the color of your bridesmaid dresses, flowers, table decorations, and drinks, there ...

Flowers are the perfect addition to any wedding, but they’re not exactly cheap. There’s a high ...

Many couples choose to take their big day across the pond and celebrate in style in a different ...