Jewelry Designer Caitlin Mociun and her now-husband, Tammer Hijazi, a furniture designer and the co-founder of  Bower Studios, met the old-fashioned way – through mutual friends. They first were introduced at a Kinfolk bar in Williamsburg, Brooklyn. “We were both dating other people at the time but remained friendly for several years,” Caitlin said. In ay 2016, the two finally got together and eventually bought a home upstate. 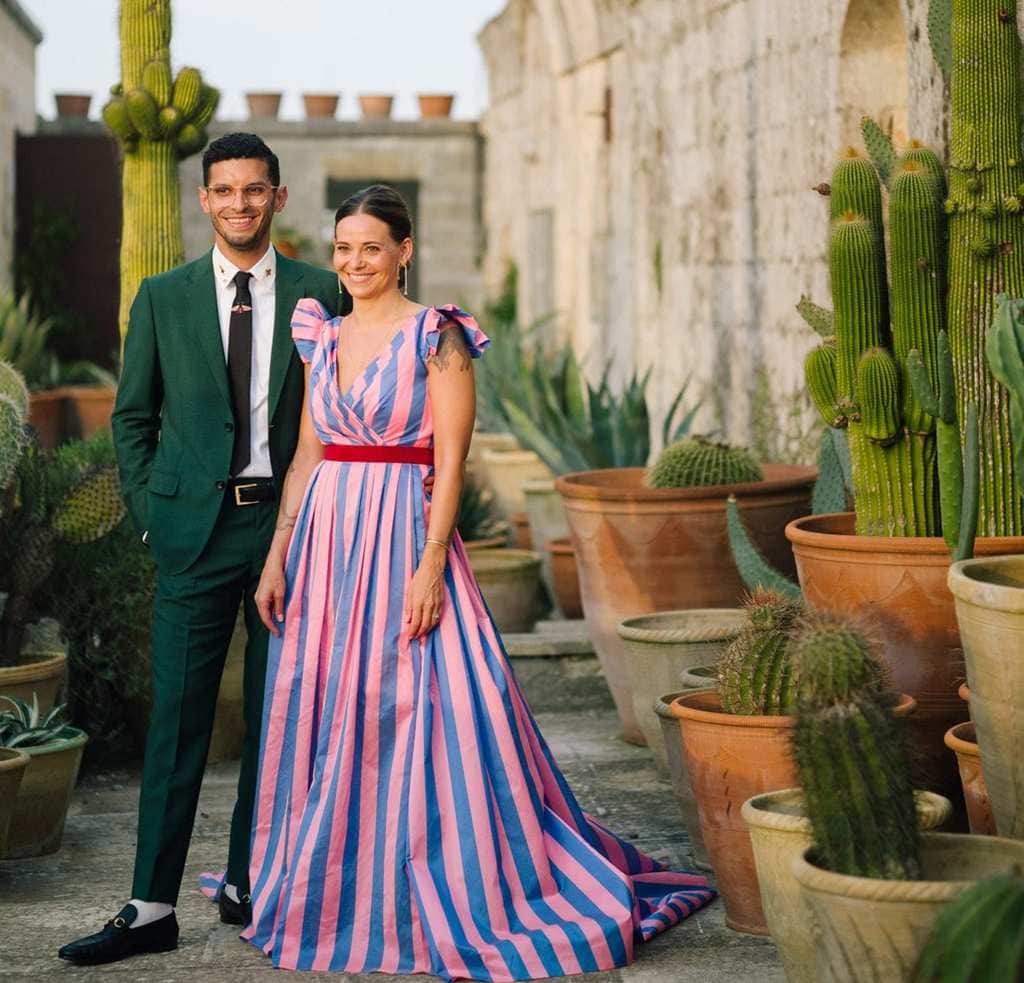 Tammer was hoding onto Caitlin’s grandmother’s engagement ring and, in March of 2018, he was finally ready to pop the question while the two were on vacation in France. Their wedding took place at Il Convento di Santa Maria di Costantinopoli in Puglia, Italy. They chose the venue after visiting the convent together the year before and deciding it was the perfect place to get hitched.

Caitlin began working with a wedding planner named Athena. “I developed complete trust in her, because she understood my aesthetic and I really loved hers,” she said “I told her to add decorations wherever she saw fit.”

In keeping with the creative decor, Caitlin knew she didn’t want a typical white gown. “I wanted to find something that was the right mix of good colors, and I was open to print and patterns,” she explained. “That’s how the stripes happened!” 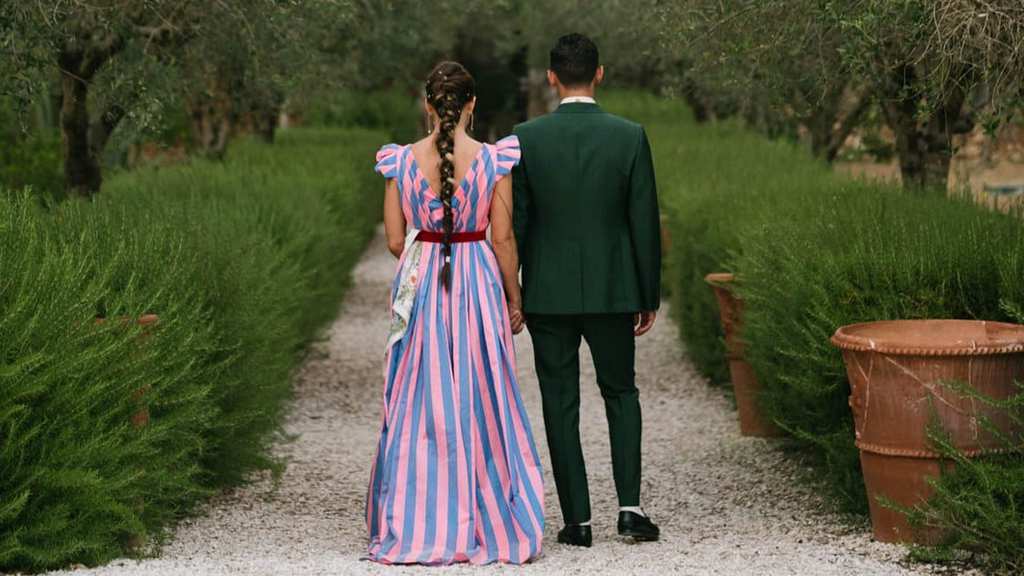 The jewelry designer got luck, accomplishing what most brides only dream of – finding the perfect gown sh envisioned without spending hours on end tring on different styles. She said picking the dress was simple: “The one I went with was the only dress I tried on, and once I had it, I started designing my jewelry and picked my shoes last. I tried on a lot of shoes. This was actually harder than the dress, and then I added the red velvet belt myself.” Although the dress was far from traditional, it certainly suited her.

Tips and Tricks on How to Deliver an Amazing Groom Speech

As a groom, you can coast through pretty easily when it comes to the dress part of the preparation, ...

There are so many celebrity weddings that it can be hard to keep up with them all - let alone try ...

Over the years, the world has been graced with some amazing power couples, and there’s no doubt ...