Amber Austin-Wright and David Sciasci planned on marrying in Australia after living in London together for two years. With hope to have a summer wedding, they jetted out of rainy London and headed to the Gold Coast.

All their hopes and dreams were soon ruined when their Big Day arrived, and the downpour of rain meant they had to change their wedding from outdoors into a chapel. The rain was not the worst thing to ever happen, since, when they took their first photo as man and wife, something spectacular happened. 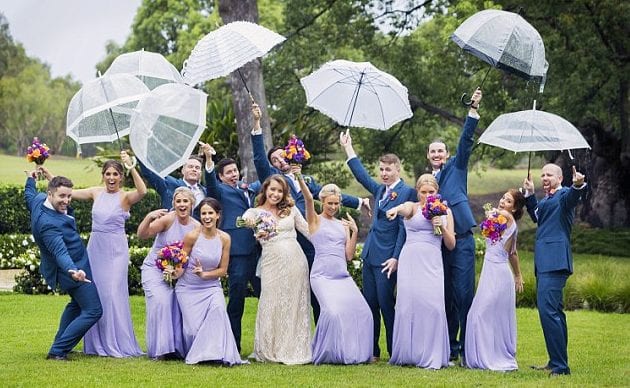 The couple met in 2012 when they were set to cover the same story in the Gold Coast. Amber was a Gold Coast journalist, and David was a cameraman living in Brisbane. While David now admits that on their first encounter he found his future bride to be a ‘bit standoffish,’ Amber says, ‘he caught my attention quite early on and I was intrigued by him. I was looking forward to working with him again.’ 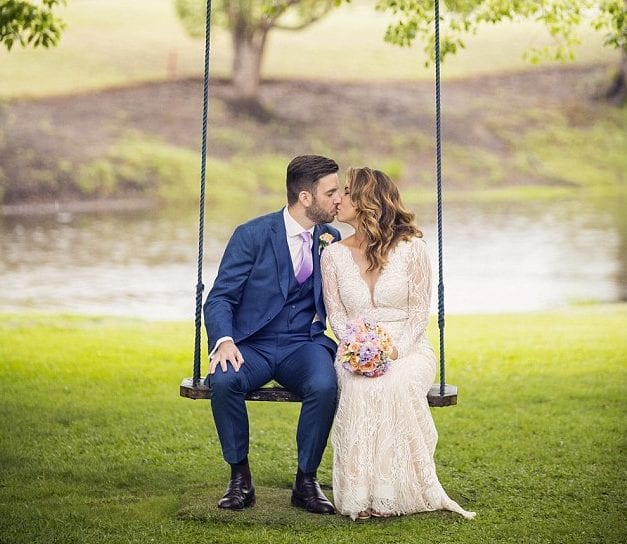 In 2014, Amber’s chance to see David again finally came when she moved to Brisbane for a new work role. This was when David changed his mind on Amber, expressing, ‘Because she started work so early, her face was the first I’d see when I walked into work in the morning.

After a few weeks and months walking past, saying hello, stopping for a bit of chit-chat, I noticed I started doing things out of the ordinary like ironing my shirts and making sure my hair was superb and watching my diet.’ 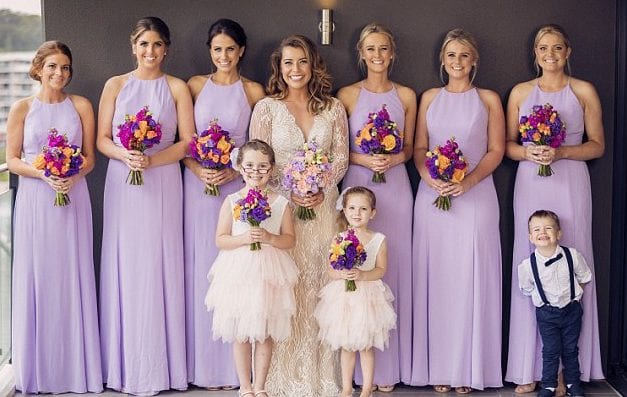 Before they knew it, the couple was set to marry and returned to Queensland so they could share their day in front of their closest family and friends. However, it seems they brought the London rain with them, which lasted the whole three weeks they were Down Under.

The rain was not going to stop them, and it all became worth it when they went to take their first wedding picture and saw a stunning rainbow arching above them. ‘I was stunned when we saw that rainbow, and was thinking how lucky we were!’ Amber added. ‘I definitely believe it was a good omen. And, as we kept saying afterwards, if we had sunshine we would never have captured that beautiful shot.’ 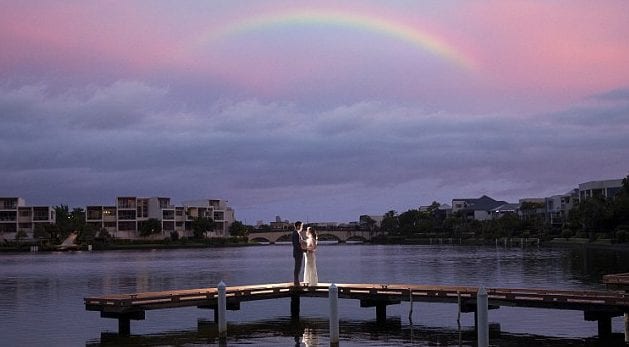 One of the most exhilarating moments in your life is when you get engaged. So what do most people ...

Has The Time Finally Come For Women To Pop The Question?

Seeing her significant other get down on one knee and pop the question is a moment every woman has ...

Why More Brides Are Looking For Second-Hand Wedding Dresses

There are some things that we always want to be new, but what about your wedding dress? It turns ...