A woman decided to have a wedding in a hospital room. The reason? Because she wanted her father to give her away, of course. Marsha Stotler was determined to ensure that her father would be by her side for her big day. 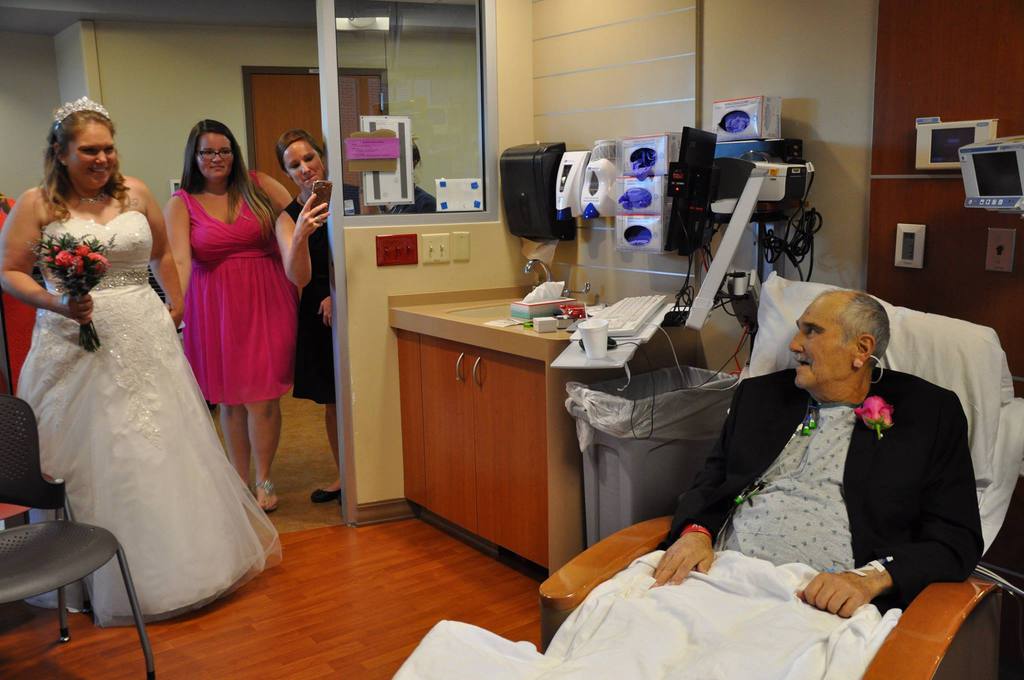 Despite planning her wedding to take place on August 11, Marsha was apprehensive to go through with the date seeing that her father, John “Chuck” Stotler, was stuck in Boone Hospital Center and was simply too ill to attend.

After suffering from congestive heart failure and a bad case of pneumonia, the odds were stacked up against him to walk Marsha down the aisle. However, the young lady had other plans and was never going to exclude her dad from the ceremony.

Originally planning to have a ceremony in the ICU on Friday, August 10, they were forced to move it a day earlier as Chuck’s issues were only getting worse. “Marsha had her dress and her dad’s tux but the other details were not worked out,” Mandy Schmidt said. She is a nurse at the hospital. 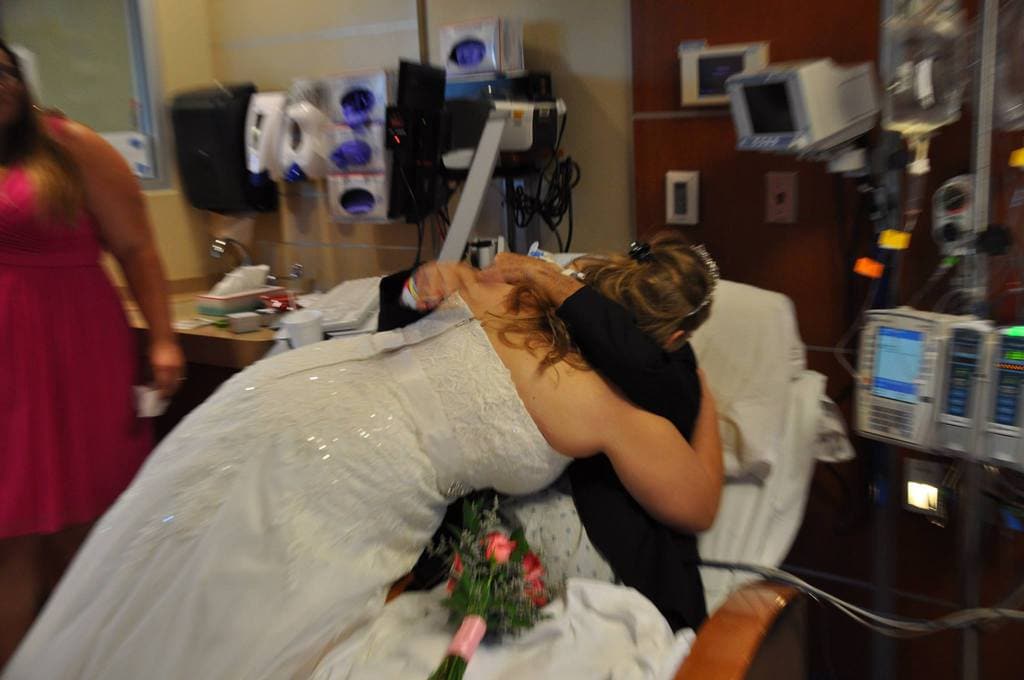 “Marsha didn’t care about the details. She only wanted to make sure her dad gave her away to her new husband.” As a result, the staff went the extra mile to make life as easy as possible for Marsha and her family.

Not only did they get a private area for the bride to get dressed, they also ensured that Chuck would be attended to accordingly, even during the nuptials. One important figure in all of this was nurse Rebecca Goff, who brought something old, new, borrowed and blue for Marsha.

That’s not all though. Goff was also responsible for saving Chuck’s life. The other nurses brought a bouquet of flowers, as well as a tray of cupcakes. “It was pretty amazing, to be honest,” Marsha said. 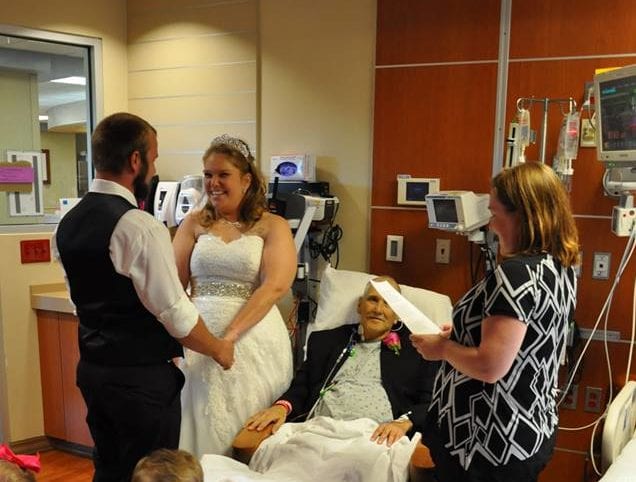 “That’s something my dad and I will have forever no matter what happens. It was nice to share with our friends and family as well but I honestly think that it was something that only the two of us will know how it really felt to have that together.”

5 Gorgeous Accessories You Will See at Weddings in 2022!

Weddings are fun, especially when you have amazing clothes to wear and flaunt. So, with the wedding ...

Fans of the hit  TV series, Game of Thrones, know better than to expect a happy ending from a union ...