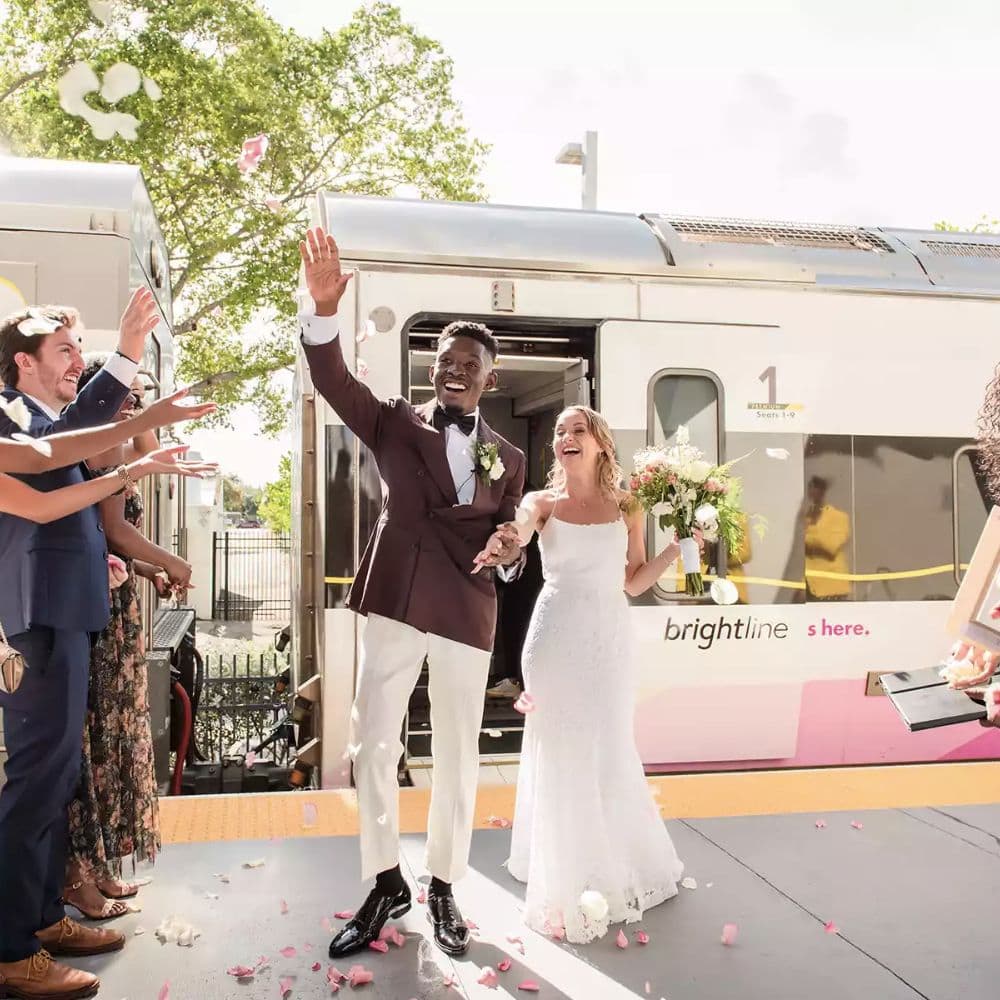 People today get married in all sorts of places. Planes, on the internet, at Disneyland, no place is too strange. Now there’s a new venue on the list — the train! A couple recently got hitched on board Florida’s Brightline, a high-speed train running between Miami and West Palm Beach. The train played a major role in the love story of the couple and hence became the place they shared their vows. 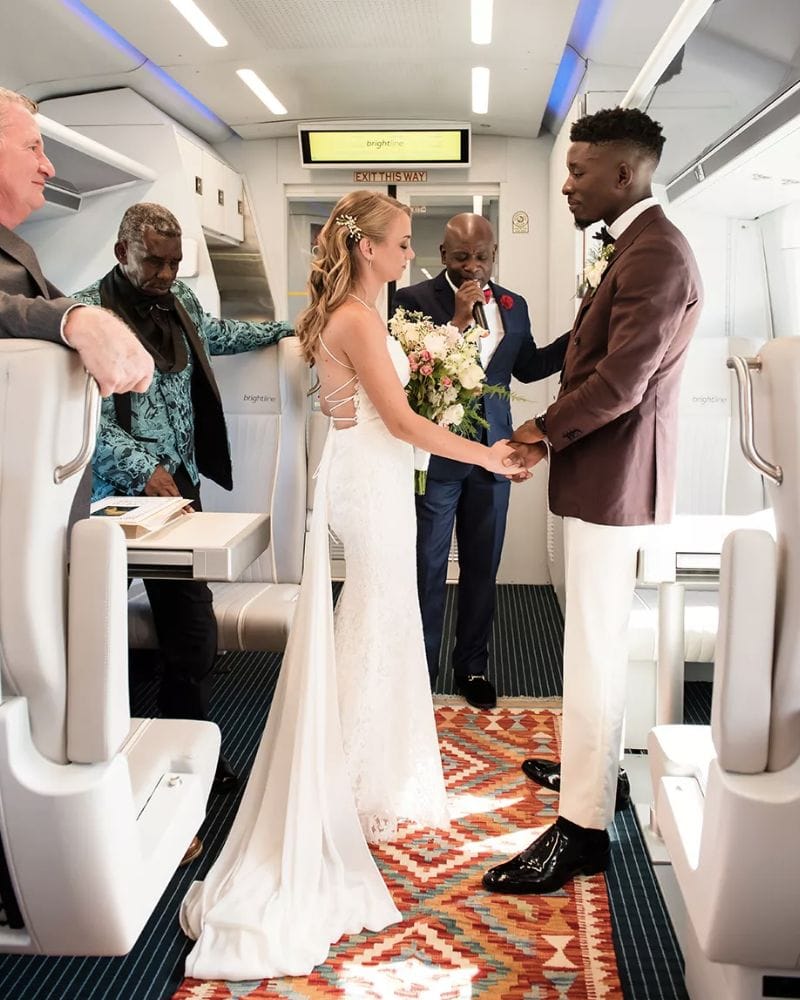 The couple in question, teacher Megan Michelle Gabelman, and artist Jean-Philippe Charles, met almost six years ago. The meeting happened when Jean-Phillipe put forward his interest in subleasing Megan’s apartment. Over the years, as the two started dating and grew closer, it was the Brightline that allowed them to commute to and fro. Thanks to the train, the duo was able to go on many dates, explore South Florida, and fall in love. According to Megan, the Brightline became a default addition to all their plans. No matter where they were headed to, a romantic getaway or just to eat, the train was always a part of the journey and added adventure to their trips.

The Wedding Aboard the Train

When it came to closing the wedding venue, the Florida couple opted for the train as they wanted their family to go on a journey with them. For the big day, the couple, along with 34 of their closest people, headed to the West Palm Beach Station, where they were greeted in the premium lounge with some light bites and drinks. The wedding party had their own premium train car. The ceremony began with a song by the groom’s sister, and after a unique ceremony, the duo was declared husband and wife. The bride was ecstatic at their decision to get married in such a special place, one which she believes embodies just a little bit of nostalgia and romance.

Unless you’ve been living under a rock for the past decade, you’ll know that Kate Middleton and ...

Five Wedding Hairstyles That Will Transform You Into Disney Princesses

We've all been there. For years, you've had your eyes fixated on the beautiful characters of your ...

This Japanese Princess Is Choosing Love Over Her Royal Title

While there are many traditions members of Royal families must follow, the Japanese royal family ...